The magnitude of this revelation is still being revealed

This website relates to important turning points in my life, turning points that led me in a direction that caused me to embrace ”The Greatest Event in the History of Mankind” I often wonder, if certain things had not taken place in my life, would I have made my encounter with this new recent religious revelation?

This religious phenomenon has given me a new optimism on life and made me even more aware of a greater power at work. I have therefore decided to put the events that led me to it, in a format that can reach as many like-minded people, people who at some time in their lives have asked or may ask themselves such questions as: Why are we here? Why is it that something we all want, to put broadly, Peace and Happiness?

In the first instance to achieve Peace in the world we live in, there has to be World Unity.

In the past, religions have united millions of people. This website will point you in the direction and give answers that over six million people located in every country of the world believe and are putting into practice. A New Universal Messenger that people of all recorded religions have been waiting for! including the Middle East!

World Leaders take note! A ”New Religious Revelation” for the age we are living in. ”A New Religious Cycle” ” The Emergence of a New Religious Civilization ” Like many people, previously my understanding of other religious text was confusing, so many Holy Books with lots of truths, my overall frustration grew because of unanswered questions which played on my mind for many years.

There is nothing like driving a taxi at night, over 20 years at that time for dwelling on philosophical things. These questions peaked when I had obtained the essential things in my life, a wife who I love dearly, 3 sons and 4 grandchildren, and a nice home.

The wife was in a well-paid job whose employer appreciated her managerial skills in a printing company. The material challenges we had made, I felt had been met, yet I was far from being content.

Our home and taxi 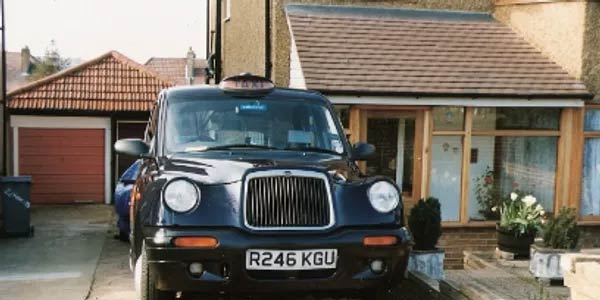 My strong feelings were that something was missing from my life, and too many questions were unanswered.

My brother-in law suggested that I become a Muslim. I had been raised as a Christian but had become disillusioned with religions, I felt that religions did not make sense. I did give some thought to Islam, after all I could see how content my sister and her husband seemed to be. But how could I justify religions that were still practicing such violence?

My brother in law spoke to me and showed great patience with my in-accurate views of Islam.

It was a great privilege when he arranged for me to have a private meeting with Muhammad Ali when he visited London in 1986.

It was a great experience talking and speaking with Muhammad Ali for over an hour. It was a wonderful experience especially when he did some magic tricks.

The one that impressed me the most was when he appeared to elevate his self off the floor seemingly without any assistance.

That I knew was a clever illusion trick. To meet someone millions acknowledge as the greatest boxer, I need say no more. His book “The Greatest my own story Muhammad Ali “was signed by him.

Around this time my brother-in-law gave me The Holy Qur-an. How strange it is in spite of not reading the whole of The Holy Qur-an, little was I to know that I was destined to accept and believe all the prophecies written in it and all the Holy scriptures written before it.

1986 at The Grosvenor House Hotel 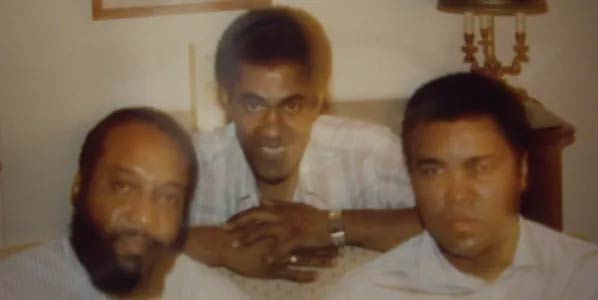 My decision was to leave London and to live in Ghana, West Africa the birth place of my father. At the age of fifty-two, I decided to look for my roots (a cry from my soul?) and to live there a year or two at least. My dear wife was not happy with the idea but decided never-the-less to come with me. We both had been there on short holiday’s on previous occasions. How was I to know that the book I decided to read whilst on the latter part of my journey would give me a new perspective, a new life. By reading this book in a Ghanaian environment, may have had a greater impact on me than if I had read it in London.

Ghana on the whole is far more spiritual, probably because most of the people lack the use of mechanical mechanisms. Religious text on vehicles are commonplace and places of worship are in abundance.

Thief in the night 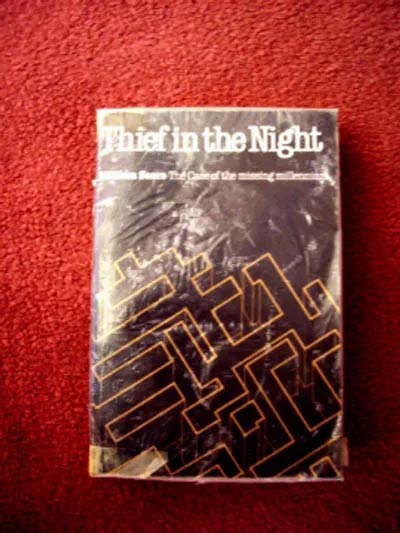 This is the book that I read in 1988. The title of the book that has changed my life for ever was called “Thief in the night” by William Sears.

This book was given to me by a man who had roots in the UK. He had married a Ghanaian woman. Beattie Casely-Hayford gave me this book (see ref wikipedia) within days of reading this book, I declared my belief that Baha’u’llah was ‘The new manifestation of God” for the age we are living in.

Finally realising what I had been searching for and the answer to all of my questions. It was September the 11th 1988 when I first visited the Baha’i Centre in Asylum Down and on the 30th October that I registered my belief.

By reading this book, I became aware that ‘The day of judgement’ is when a new revelation is proclaimed by a manifestation of God. This is the time for people to investigate then decide and make their own judgement, as to whether the new progressive teachings are from the source that all other recorded religious revelations are from.

Seven tribes in confusion
not knowing which way to go
Their leaders read their scriptures
Yet still they did not know
Then there appeared a Herald in 1844
The Bab said he had a message
the world was waiting for
He sald a Universal Messenger
would very soon appear
To bring a new and “Wondrous Age”
But sadly caused the people
to turn on him in rage
So they killed The Messenger
a kind and peaceful soul
His life on earth brought to an end
He had fulfilled his role
750 Bullets tore his body to shreds
It was duly noted
no bullets touched his head
Nineteen years later
The Bab’s words came true
The Prince of Peace Baha’u’llah
His life his book His teachings
are here for all to view.

On reflection, embracing this recent religion has inspired and energised my whole life which has meant that I have found new ways of expressing myself, one of which was the sudden urge to create poetry something that I had not previously thought of writing.

The impulse to make known this new religious revelation inspired me to write the poem on the left, part of which was published in 2004 edition of The International book of poetry… Baha’u’llah received at Bahji one of the few Westerners to meet Him and the only one to leave a written account of the experience.

“The face of Him on Whom I gazed I can never forget, though I cannot describe it. Those piercing eyes seemed to read one’s very soul; power and authority sat on that ample brow.… No need to ask in whose presence I stood, as I bowed myself before one who is the object of a devotion and love which kings might envy and emperors sigh for in vain.”

Bahá’u’lláh stated at that meeting.

A quote from Baha’u’llah 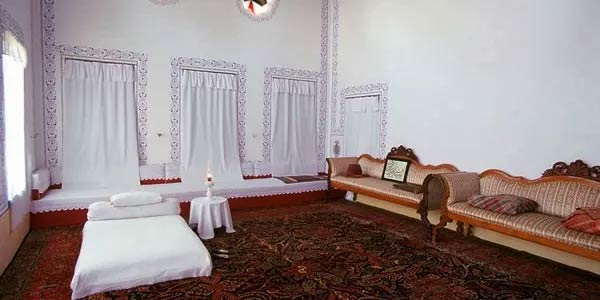 “… That all nations should become one in faith and all men as brothers; that the bonds of affection and unity between the sons of men should be strengthened; that diversity of religion should cease, and differences of race be annulled — what harm is there in this? … Yet so it shall be; these fruitless strife’s, these ruinous wars shall pass away, and the ‘Most Great Peace’ shall come.… Let not a man glory in this, that he loves his country; let him rather glory in this, that he loves his kind.” (29)

ABOUT ME
Go to Top